Why I chose metal brackets 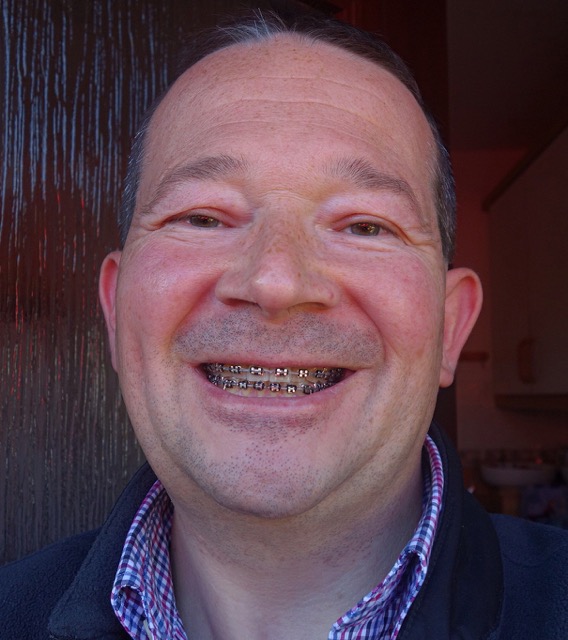 When thinking about getting your teeth straightened, there are so many choices available to patients from invisible lingual braces, aligners, clear braces, removable appliances and traditional braces.  I chose to have traditional metal brackets and I thought I would share some of the reasons why I made this choice.

Before first visiting my orthodontist, I did a fair amount of research and had a clear idea about what options would be available and also what would work best for me. I looked into Invisalign but dismissed this as I felt it would not be the right solution for me and was relieved when my orthodontist agreed with me that for what I needed doing, Invisalign would not produce the results I was looking for. I was also concerned that the process would not be flexible enough to make multiple changes mid-treatment should the need arise. Removable appliances such as the Inman Aligner only focus on straightening the front teeth and I needed work doing to my bite so know this would not be an option.

I considered lingual braces (behind your teeth) and quite liked this option but was concerned by the high cost compared to regular braces.  We discussed this option and my orthodontist, much to his credit, was honest that this wasn’t an option he would be happy with so the conversation moved onto regular braces. The choice came down to either clear or traditional brackets and for me, it was an easy decision to make. Clear brackets look great on some people, several of the nurses at the practice had them and they looked really good, almost invisible, but to stay that way the elastics would need to be changed on a regular (weekly) basis and you would need really lovely white teeth to start with.  As a patient it would would be many weeks between appointments and the risk of staining the elastics was too great a risk to take.  Due to my overbite, there was also a risk that the top teeth would hit the bottom brackets causing damage to the enamel which is why many orthodontists favour metal brackets on the bottom as this is less of an issue due to the relatively soft metal used in the brackets.

I had already considered metal brackets as my preferred choice and was pleased when my orthodontist steered me in this direction.  So why were these my preferred choice?  I wasn’t wanting to hide my braces or conceal the fact that I was having my teeth straightened so could not see the point in paying a lot more money for ceramic clear brackets as they are still noticeable when speaking with someone.  I was also mindful that elastics and arch wires are not invisible so would further increase the visibility of the brace as treatment progressed.  Metal brackets are slightly smaller than ceramic clear brackets which would make them more comfortable to wear and any stained elastics would be less visible.  I was happy to experiment with coloured modules (the small elastic rings that hold the arch wire to the bracket) and thought that this would add an element of fun to the process.

In so far as the impact this has had over the last couple of years on my personal or professional life I can report that there has been absolutely no impact at all.  It has not effected my career, credibility, interactions, presentations, meetings, social events etc. at all.  Very few people have mentioned my braces even though they are quite visible and far from wanting to make me reclusive, it has had the opposite effect and boosted my confidence.  Quite how and why will be the subject of another post but suffice to say this has been one of the many positive benefits of getting braces.

So looking back, was I happy with my choice?  Yes, most definitely, if I had my time again, I would pick metal brackets again. Before dismissing them as the treatment of choice for teenagers, give them some serious consideration, you might find yourself pleasantly surprised.