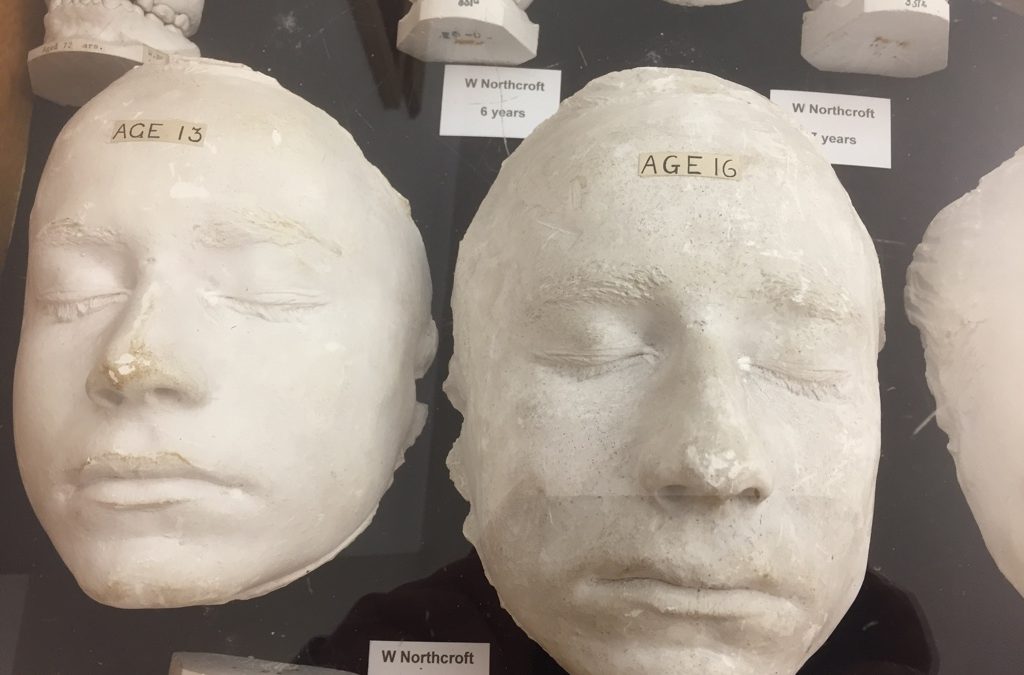 At a recent event at the British Orthodontic Society headquarters in London, I was privileged to see the Northcroft Masks. I had heard about these before and was very much looking forward to the opportunity to see them and learn more about them and the dentist who produced them, George Northcroft.

So just what are the Northcroft Masks and why are they relevant to orthodontics? George Northcroft (1869-1943) was one of the most influential dentists of his generation and was dedicated to understanding and defining what is normal in the growth and development of the face. In order for him to understand this, he enlisted the help of his son, William Northcroft, who, from the age of seven to 21, allowed his father to make plaster masks of his face and teeth as he was growing.

These masks allowed George Northcroft to study the growth of the face and in doing so, understand more about what would be considered ‘normal’ facial development. George Northcroft also founded the ‘British Society for the Study of Orthodontics’ which later became part of the British Orthodontic Society.

For more information about the Northcroft Masks, there is a super article written by Caroline Holland here