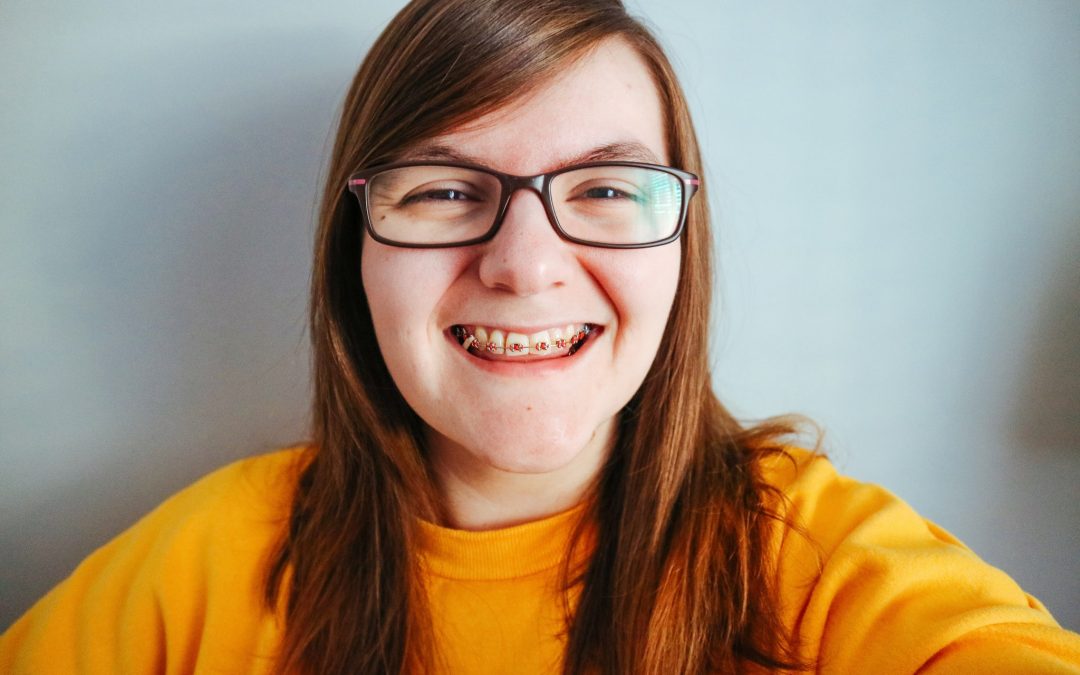 For most people, getting braces means you’re in it for the long haul. There’s usually at least a 12-18 month stretch before you can have them removed and admire your improved pearly whites.

I went to my fitting with this in mind. I was committed to the end result, which I had been assured would be worth it. Though I expected to see changes in my teeth quite quickly, I didn’t expect the other benefits which came with braces.

I realise this won’t be a selling point for everyone, but it was a major plus for me. For as long as I can remember, I’ve been biting my nails. I also pick and nibble at the skin at the sides. It’s not my finest habit, I will admit, and I’ve tried all sorts to stop. I’ve longed for nice nails and hands, but never found anything to help me successfully overcome this hurdle. I’ve even tried a few of those hand treatments which taste horrible and are supposed to discourage you. No luck.

Then, my orthodontist explained to me how biting my nails damages my teeth – both with and without braces. She told me, very clearly, that if I was going to continue biting my nails, it would almost be pointless to proceed with the treatment. A couple of the things she outlined included the potential to delay the treatment, meaning I’d have to wear braces for longer, and wearing my teeth down, causing them to become crooked again further down the line.

Now, adult braces aren’t cheap. There was no way I was going to let that money be a waste because I couldn’t stop biting my nails.

As it turns out, I didn’t want to put my fingers anywhere near my mouth once the braces were on and my hands have never looked better. I believe this is a change for life. I don’t even have the urge to bite my nails, not only because my braces are still on, but because I’m enjoying having nice nails to paint and admire! That bad habit is gone for good.

I have a sweet tooth. Actually, I think it’s all of them. I love sugar which, of course, is not the healthiest thing.

My orthodontist told me that I needed to cut sugar out as much as possible for the best chance at successful treatment. As well as sugary snacks, I was advised against anything hard, such as baguettes, crisps or nuts. So, that was near enough all of my favourites out of the question.

These things weren’t off the table completely. However, I had to be extra vigilant with oral hygiene, and particularly cautious with hard foods.

Snacking became a chore. If I wanted a bar of chocolate, I’d need to brush my teeth after it. It would take me 30 minutes to eat a bag of crisps, and I didn’t get the crunchy satisfaction I craved. I had to let them soften in my mouth. I only did this once, before realising I would rather live without crisps for 18 months.

So, I started asking myself, “is this worth the time and effort of brushing my teeth?” More often than not, my answer was no. Those were the times I knew I didn’t want to eat it because I was hungry, but because it was there, and I was bored.

Not only that, but for the first two weeks of having braces, I could only manage to eat soft foods. I mostly lived on soup, spaghetti hoops and smoothies. I lost half a stone in the first two weeks, because it was such a shock to the system. The process encouraged me to analyse what I ate. How much of what I put into my body was simply out of boredom, and because I could? Turns out, a lot.

Though I hope this is a permanent change in mindset, I’m not going to pretend I won’t tuck into those things again once the braces are off. That said, having braces has been a good opportunity to look at what I eat and why I eat. So I hope I will at least continue to question why I want to eat something, rather than gobbling it up and wondering why my waistline keeps increasing.

This is the big one.

My teeth have been a major source of insecurity since I was a teenager. So, we’re looking at around 15 years of misery; of hating how my smile looks in pictures. There were reasons why I couldn’t do anything about them sooner, which I won’t go into, but it means getting braces was a big moment.

I was full of optimism that they would help my confidence, but I expected this change to come after the treatment had been completed. It actually happened right away.

Despite the fact the braces hadn’t had a chance to work their magic yet, as soon as I adapted to them, my face full of metal became a source of pride. Although my teeth were still all over the place, I had visible proof that I wanted to change it.

In my head, potential thoughts from other people would shift from “wow, her teeth are a mess” to “oh, cool, she has braces!” I don’t know if that’s what actually happened, but I found comfort in it all the same. I was no longer going around with teeth that I was ashamed of. Instead, I was rocking my purple bands (now red) and showing the world I wanted better for myself.

As my teeth have shifted, this confidence has only grown, and I’m itching to see the end result in December 2019!

Orthodontic treatment has its obvious benefits, but there are also others which may surprise you! Best of all, you may not necessarily have to wait until the end of the process to see them. It makes the journey a little bit more fun.